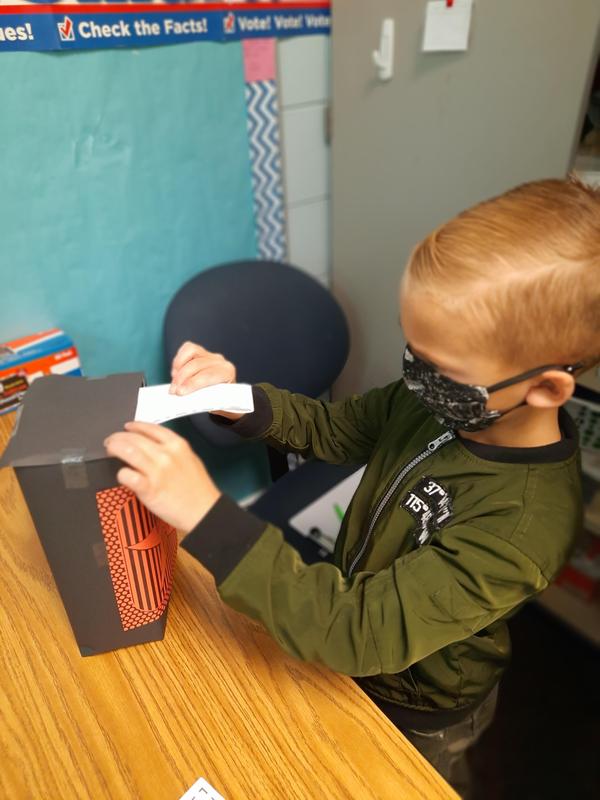 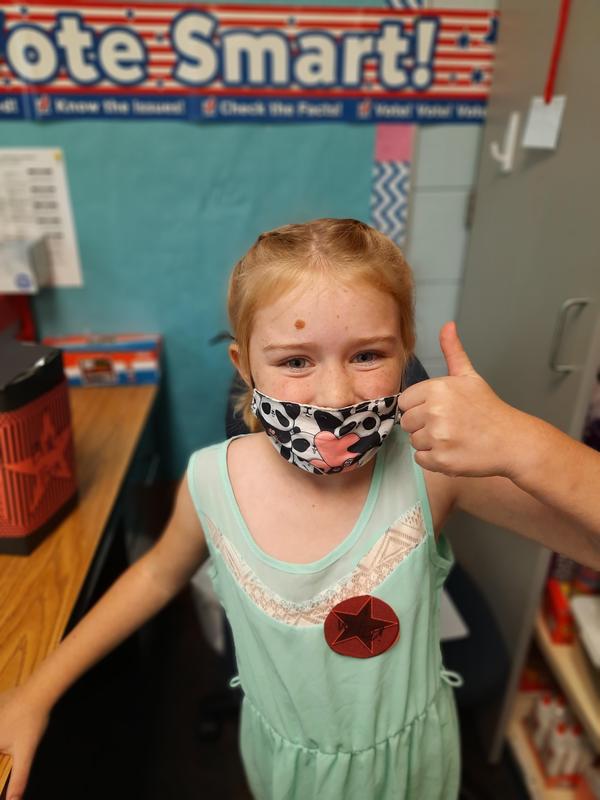 Mrs. Duncan's Kindergarten class learned about the voting process.  They made voter registration cards, voted privately, and received "I voted" stickers.  Mrs. Duncan explained how adults voted for the President, but as kindergartners, they voted for the snack choice that they would like Mrs. Duncan to surprise them with.  They learned that the snack choice with the most votes (the majority) is what she will bring.  It may not be the choice I, as a student, picked, but I will respect the results.  Voting is an important life skill.